Be Here Then - an xPlot story is borne.

Ever wondered how the old train station looked like or how the main city square was used 200 years ago? During October one of our startups who made it to xPlot's national finals during 2018 launched their time machine app in the city of Lund in Sweden. 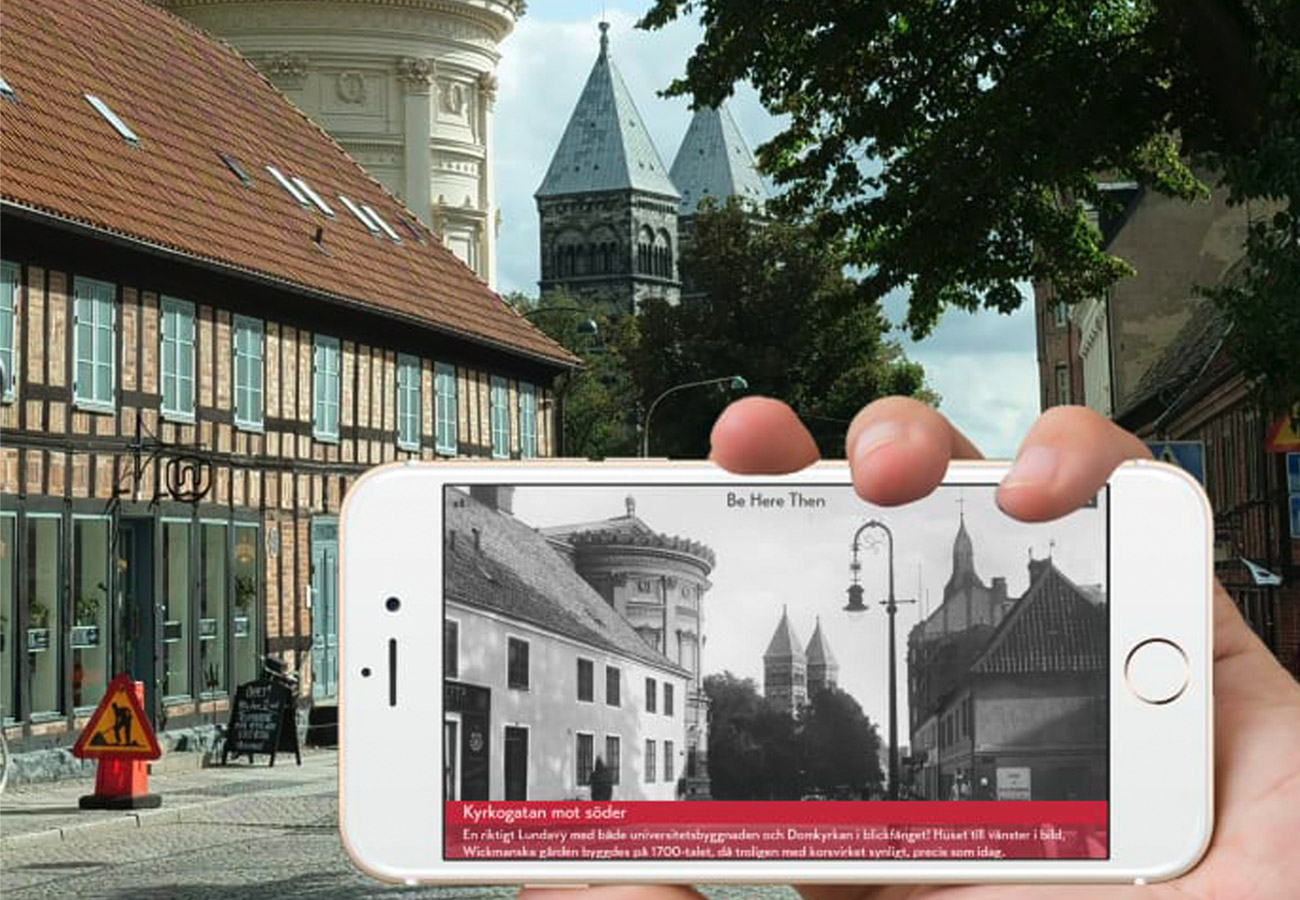 Be Here Then is a digital city walk for those who wonder how things, people, buildings and streets, looked like back in the days by using historical imagery sourced from Lund's city archives.

On the app's map, there are pushpins that can be clicked, when you walked close enough, and show you a historical picture from the same angle as to where you are. Each picture has a short text that tells you the location or the moment the picture was taken.

The Be Here Then app is free to download and use, it is initially available in Swedish and English versions and will also be launched in German later this fall. The entire walk around and through Lund takes a few hours to walk and in total, there are around 80 images in the app, distributed in 50 different locations from the mid-1800s until about the 1970s.

- It's a little Pokémon Go for adults. We call it a time machine in your pocket, says Charlotte Rodenstedt, founder of Be Here Then.

The app is already launched in a beta version in the city of Helsingborg in Sweden and now also in Lund with more cities to follow!

Be Here Then is a great example of how Cultural & Creative Industries can not only enrich our lives but also create greater value for both companies, cities, citizens and visitors.

What can entrepreneurs and businesses learn from professional athletes about sustainable development?

In order to create the companies of the future, entrepreneurs need to learn about personal sustainability. For an elite athlete, it is important to feel good and think straight in order to perform at a high level - an area where entrepreneurs can learn a lot in order to create global, successful businesses. For this reason, we’ve invited four top athletes to join the Swedish final of the Creative Business Cup.

5 reasons why you should apply for Creative Business Cup 2020

Gather your thoughts and sharpen your pens, because the applications for CBC (Creative Business Cup) are open!

Apply to the Creative Business Cup!

We can help you take your business idea to the world together with investors, business coaches and a massive international network!